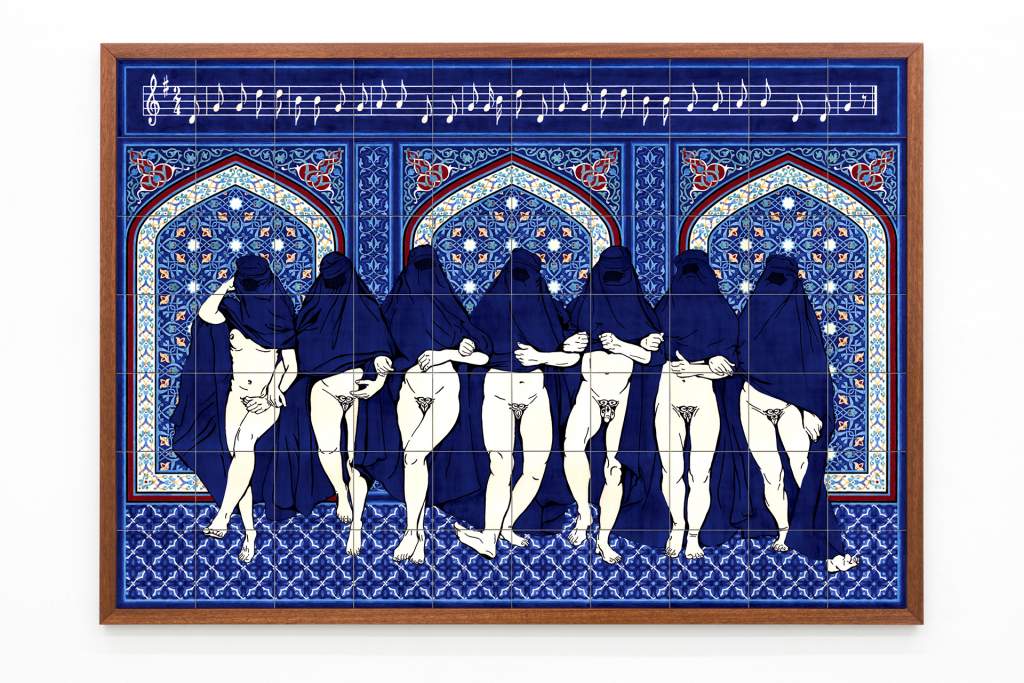 In a seemingly oriental surrounding six women and a man are dancing a round dance to the melody of a well-known German children’s song. The burka anonymizes the group, though disgracefully uncovering their sex.

On a closer look, different interpretations seem possible, posing questions rather than giving answers. Is this a mocking of the sexualized western view of the Orient, as expressed in 19th century orientalism? Or is western permissiveness contrasted with islamic moral beliefs in an exaggerated manner? Could it be that complete veiling just as complete unveiling turn a woman’s body into a fetish, a (sexual) object in a very similar way? Should the work be read as criticism of patriarchal power structures as well? The main issue here seems to be how we are looking at the ‚foreign‘, and how it is looking back at us.

Another level of interpretation comes in when regarding the work‘s craftmanship. Here we find a correspondence to islamic glaze and ornament painting, hinting at the richness of a culture which at its zenith during the middle ages used to engage in cosmopolitan exchange with other cultures and religions while strongly influencing the retrograde Christian Occident in matters of science and art.